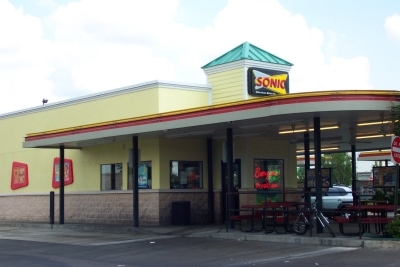 Includes 3503 locations in the following areas:

For more than 50 years, Sonic Corp. has built a dominant position in the drivein restaurant business. They have accomplished this by sticking to what made driveins popular in the first place. They have made to order American classics, signature menu items and speedy service from friendly Carhops.
In the process, Sonic has become the largest chain of drivein restaurants in America.

END_OF_DOCUMENT_TOKEN_TO_BE_REPLACED

There are currently 3 users and 87 guests online.