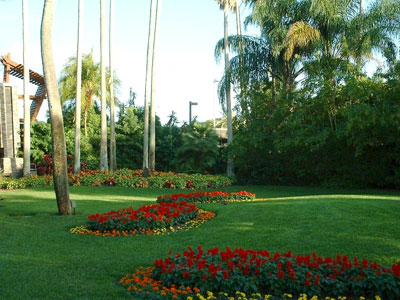 Includes 53 locations in the following area:

The above picture was taken by Charlesd45 at Busch Gardens.

The Tampa Bay Area in Florida is generally considered to be made up of three counties: Hillsborough, Pinellas and Pasco. The three largest cities are Tampa, St Petersburg and Clearwater.

The area is very popular with winter visitors. During January & February, Tampa hosts two events - the Gasparilla Celebration and the Florida State Fair. In March, the Indy Racing League roars through the streets of St. Pete in the Honda Grand Prix of St. Petersburg.

This POI file contains the area's most popular tourist attractions, including Winter, the Dolphin at the Clearwater Marine Aquarium, the Florida Aquarium, the Lowry Park Zoo, the St Petersburg Pier and Aquarium and the Tarpon Springs Sponge Docks. Full street addresses and phone numbers are provided in the description along with the attraction's website address, where available.

NOTE: The St Petersburg Pier closed for good on May 31, 2013, as plans for replacing it move forward. The city plans to replace it with a controversial NEW Pier

END_OF_DOCUMENT_TOKEN_TO_BE_REPLACED

There are currently 2 users and 35 guests online.