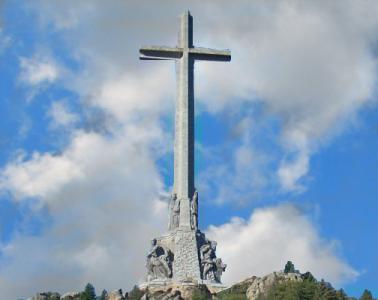 Includes 548 locations in the following areas:

The crosses are found on farmlands, along busy urban roads, near churches, and some even light up the sides of a mountain at nighttime. Many are wood, but some are made of aluminum, steel, and concrete. Some are as tiny as 15 feet, others are as enormous as 100 feet tall. They are all 3 dimensional (not just an image attached to the facade of a church). Some are impressive enough to include here when they top a church steeple.
If any locations were missed or have the wrong coordinates please send them to me. (All locations are approximate.)

**NOTE** some locations have been researched using the internet, then accurately located using Google Earth (along with Google Maps for road names). All the GPS coordinates provided within this POI file are for road viewing, not the actual cross site. Make sure to set the POI warning to several miles to ensure proximity notification.

Factoid: (from Roadside America) The sets of three crosses were all put up by the same man, Bernard Coffindaffer, a once-wealthy West Virginia businessman. He spent more than $2.5 million putting them up after a vision following open heart surgery told him to start building "crosses of mercy." The first trio was built north of Charleston, WV, and eventually some 1,800 were planted across 29 states. Coffindaffer's crosses are two pale blue ones and a yellow one, painted these colors to represent the colors of the sky and the light of the sun over Jerusalem. The crosses are treated with a saline solution and built to last 35 years. Coffindaffer eventually went broke, and died in October, 1993, after more than ten years of building.

Factoid #2: Generations of Appalachian Southerners are familiar with the work of the Rev. Henry Harrison Mayes, even if they don’t know his name.

Mayes, who was born in 1898 and died in 1986, spent a lifetime creating giant, rugged concrete crosses that stood by roadsides before there were interstates.

END_OF_DOCUMENT_TOKEN_TO_BE_REPLACED

There are currently 5 users and 39 guests online.