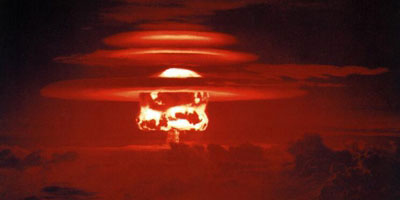 The vast majority of the detonations made by the United States were in the Nevada Test Site northwest of Las Vegas (over 800). Little known to most Americans are the 12 tests performed at 9 other sites in Alaska (3 tests), Colorado (2 tests), Nevada (2 tests), New Mexico (3 tests) & Mississippi (2 tests).

This new gpx version of the file contains these 9 locations as well as a POI located within the Nevada test Site. Most, with the notable exceptions of the Trinity Test Site & the main Nevada Test Site, are on public lands and may be visited by the public. These were underground shots and there is no danger from radiation to visitors at these sites.

Additional information now contained in this version is more information about the experiments, in addition to date & yield.

In the previous csv version, sites with more than one test where given more than one entry to contain the data, but in this version, the details of multiple shots are contained within the single entry.

Most of the positions contained within this file are taken from the Atomic Archive, located at: http://www.atomicarchive.com/Almanac/Testing.shtml but I did notice some discrepancies when plotting those locations on Google Earth. The GE position was used when a difference in positions was obvious.

This information about these experiments was gleaned from various public web sites and is freely available to anyone who searches for it.

Here is a POI for visitors to the Trinity Site:
http://www.poi-factory.com/node/3096

END_OF_DOCUMENT_TOKEN_TO_BE_REPLACED

There are currently 0 users and 51 guests online.