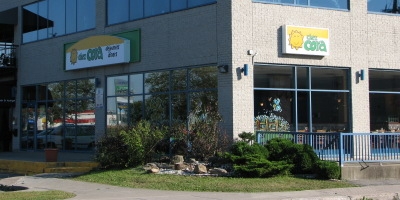 I have omitted the 2 entries located at the Toronto's Pearson International Airport.

According to the Chez Coras website, they have plans to open new restaurants in the following cities in the coming months.

END_OF_DOCUMENT_TOKEN_TO_BE_REPLACED

There are currently 6 users and 31 guests online.