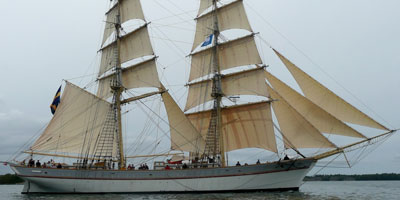 This POI file is an attempt to list all the historically significant ships that reside in museums or are still in use today. For the working ships, great pains were taken to ensure the home berth of each ship was accurate, however since I cannot physically go and visit all the ships I cannot guarantee 100% accuracy in this regard.

The changelog for the current version and the list of missing vessels can be found at http://www.poi-factory.com/node/28959 . If anyone finds the exact location of a missing vessel on the list, or a vessel that neither appears in the POI file or on the missing vessels list, contact me through my contact page.

Disclaimer: The links on this page were updated as of the date shown below the title. Boats move; typos happen. If you plan a visit, please confirm the boat's location, hours of operation, and whether reservations are required. The coordinates in this file are as accurate as possible, but are not guaranteed. If you find the boat of your dreams, please shout it out to the world.

END_OF_DOCUMENT_TOKEN_TO_BE_REPLACED

There are currently 7 users and 17 guests online.